While details of their meeting are unknown, Kalindo has defaulted on a K50 million loan obtained from the National Economic Empowerment Fund (NEEF) Limited. NEEF is a registered microfinance institution.

Vice President Saulos Chilima, who has travelled to Dubai last week, leads UTM. The party is in an alliance with the Malawi Congress Party, which is led by President Lazarus Chakwera. 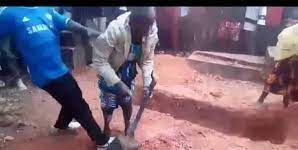