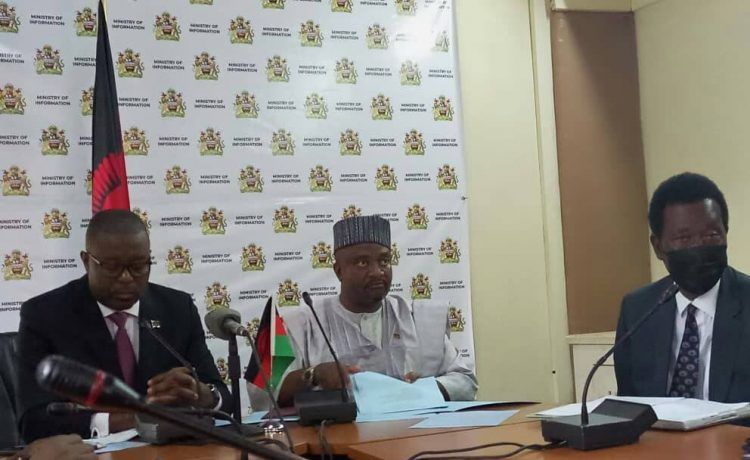 Minister of Energy and Mining Ibrahim Matola says Malawi has enough fuel in its reserves to meet the demand, dispelling rumors that have caused panic in the country especially on social media about a looming fuel crisis.

The Minister was speaking on Wednesday 6th March during Government Faces the Press to address emerging issues in the energy sector.

Among other things the minister’s presser was addressing recent activities in the social media which has been awash with messages from people notifying each other of an alleged impending fuel crisis saying the fuel has already started being rationed.

But in his remarks, Matola assured Malawians that they should not panic as the country has enough supply of fuel and he cautioned fuel retailers against hoarding fuel.

“It is important to know that there is continuous movement in the volumes since there is a continuous flow of customers. At the same time, there are always arrangements in place to ensure there are deliveries and replenishment of stocks.

“However, the country has noted an increase in speculation, panic buying and illegal fuel storage. This not only has the potential to disrupt supply arrangements but also poses a threat to lives and property,” said Matola.

Accompanying the minister was Malawi Energy Regulatory Authority (MERA) Chief Executive Officer Henry Kachaje  who said currently Malawi’s fuel prices are way better than many countries as the last time they were adjusted was in October 2021.

Meanwhile the minister on Tuesday 5th April made an impromptu inspection of fuel service stations in Lilongwe to check fuel quantities if they are tallying with MERA records.

“Over the past few days, there have been rumors that other owners of filling stations are holding their fuel commodity waiting for MERA to increase pump prices so that they sell at a higher price.

“In light of this, on Tuesday I joined officials from NOCMA and MERA to inspect some fuel outlets in the capital Lilongwe to establish the truth of the matter. We visited Total Independence Drive, Petroda Area 15 and PUMA Crossroads. Through the inspection, I established that it is not true that they are holding the fuel. Rather, they had indeed run out of the commodity and were waiting for another consignment,” said the minister.