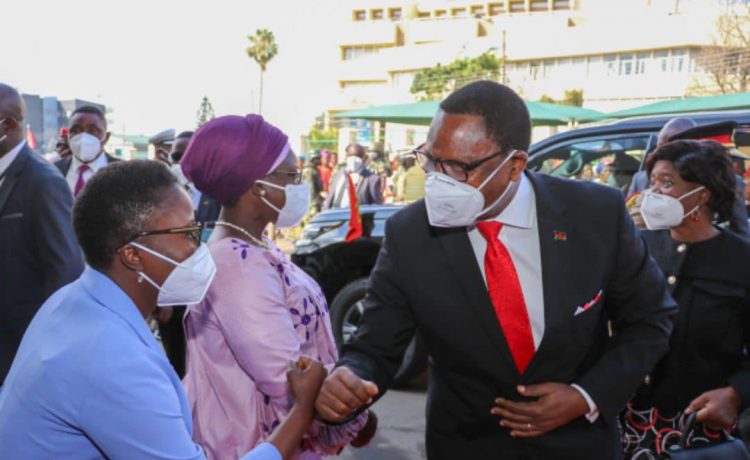 President Lazarus Chakwera has today opened a two day National Anti-Corruption Conference at Mount Soche in Blantyre calling for a pursuit of a new Malawi without any acts of corruption.

In his opening speech, President Chakwera bemoaned the current status of corruption saying it needs a new approach involving everyone hence the decision to hold this anticorruption conference.

“This is a time to reset the moral code of our Nation. Each stakeholder must declare how they participate in this new approach.

“The conference, convened under the theme ‘Resetting the nation’s moral tone’, and provides an occasion for all Malawians to identify loopholes in the fight against corruption and forge new ways of dealing with the vice,” said Chakwera.

He also went on by stating that it remains his administration’s persuasion that the best way to end corruption is by sustaining honest dialogue on how to create an enabling environment for everyone to do their job.

“Your government, under my constitutionally sanctioned powers, will continue to inspire the nation so that we collectively fight corruption without sparing anyone involved,” added Chakwera.

Invited as guest speaker to deliver an inspirational talk was Kenyan orator Professor Patrick L.O. Lumumba who said people in power use their positions to satisfy their greed a development which feeds what he calls a cancer of corruption.

“This continent in which we live and Malawi is in, is a rich continent. But this continent continues to punch below its weight because we don’t use our resources respectively. Because many of our sons have made greed their creed.

“The laws are innocent at times in countries like Malawi. Despite all law enforcement agencies being there, somehow we don’t do the right things to end corruption,” said Prof. Lumumba.

At the conference, panel discussion was also held to reflect on how the country is progressing in the corruption fight.