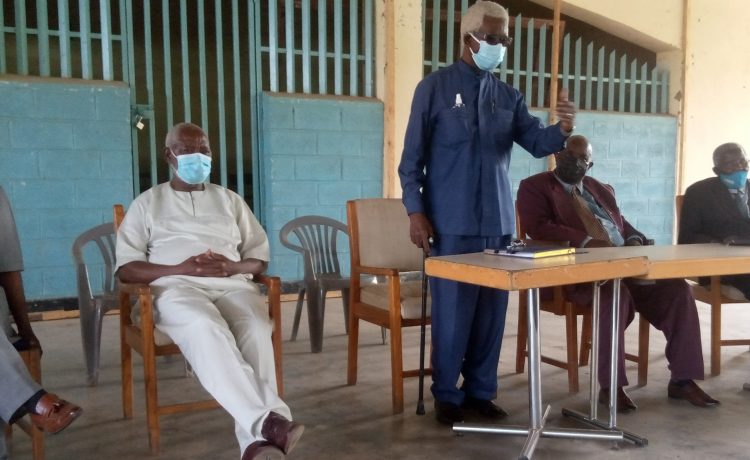 Karonga district Chiefs’ Council and Concerned Citizens on Tuesday failed to reach a consensus on concerns the latter raised in December last year to have the Garnet Halliday water plant static at the current place, Club Marina.

Speaking to the media after an engagement meeting at Karonga Museum Amphitheatre, Paramount Chief Kyungu of Chitipa and Karonga said the process of removing the plant that was donated by Paladin Africa to the people of Karonga through Northern Region Water Board (NRWB) be suspended until thorough consultations are conducted.

He said: “After listening to the concerns raised by our sons and daughters, the Chiefs’ Council has unanimously agreed to suspend the dismantling process of the machine up until we conduct thorough consultations to make sure that every stakeholder is satisfied.

“So, we will summon NRWB officials to technically advise us and clear the misconceptions that are there for the sake of coexistence and peace.”

However, Karonga Concerned Citizens Chairperson Mavuto Mvula said as a group that is fighting for the voiceless people in the district, their stand is that the plant should not move an inch from where it is, saying NRWB should buy another piece of land for their new machine.

“The Garnet Halliday machine was donated by Paladin Africa as part of its cooperate social responsibility to enable NRWB supply portable water to the people of Karonga. Therefore, let that machine remain where it is and if anything let NRWB find another piece of land for the new machine.

“And again, we feel that the new project has money for land for that plant. So, let them use that money to buy another piece of land instead of using that freehold land bought by Paladin Africa,” he said.

On December 24 last year, the concerned citizens had planned to hold demonstrations against the move by NRWB under instructions from the Chiefs Council to remove the machine to Karonga Museum but the Paramount Chief Kyungu through Sub Traditional Authority Mwangolera pleaded with the concerned citizens to put on hold the planned demonstrations to pave way for further dialogue.

In an interview, NRWB public relations manager Edward Nyirenda declined to comment, saying it was premature at that stage for the Board to say anything on the outcome of the meeting.

He said: ”We feel it will be premature for us to comment on the outcome of the meeting at this stage. It was internal engagement meeting between the Chiefs and concerned citizens.”

However, the engagement is still ongoing and we understand another all-encompassing stakeholders meeting is scheduled before the end of this week. We will be in a better position to comment then.