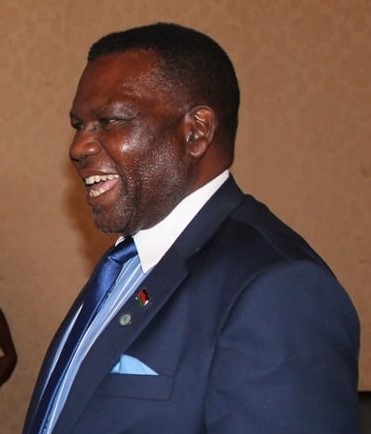 George Chaponda may be many things, but he is not as overly compromised as his party mate, Shadreck Namalomba. Chaponda may have the maize gate tag hanging around his neck, but at times he behaves apolitical unlike Namalomba who criticize regime without any ounce of rationale.

While Chaponda is also in the business of criticizing the government, he, sometimes, does not shy away from suggesting alternative views that his mind thinks could be solutions or similar to solutions.

The difference in head contents between Namalomba and Chaponda has been highlighted through parallel feedbacks that the two DPP henchmen have given to President Chakwera’s New Year Message.

As expected, Namalomba had difficulties understanding that the message reflected the year gone by and gave us a hint of what should be expected from the government administration in the immediate future starting this month of January.

‘’The nation had the belief that the speech would usher in the dawn of a new era- the era of economic depression, the era of rooting out corruption that has permeated the membrane of even the state house, the era of cleaning the mess in public delivery, the era of removing deadwood in the cabinet… No sense of direction from the man at the helm of the state. The continued litany of rhetoric of promises was all the nation got……. No direction.’’

On the other hand, instead of dismissing the message outright, Chaponda has opined on the Cabinet reshuffle and the promise of a lean Cabinet to be announced this year.

Meanwhile, speaking to the press, Chaponda has indicated that he is in support of Chakwera’s idea of the lean Cabinet: “I support the President’s idea to reduce the number of his Cabinet ministers to at least 20. He can do away with deputies and also advisers.”

Chaponda’s sentiments pronounce themselves loudly as a laugh in Namalomba’s face as it exposes the latter’s lack of understanding of issues. In a way, because of his inability to understand simple things Namalomba could not appreciate that President Chakwera was telling Malawians what is to come this month in order to keep them in the loop.

About the new Cabinet President Chakwera said: “As you may recall, two months ago I announced that I would be making changes to my Cabinet. Today, I wish to inform you that the new configuration is at an advanced stage and so was the case with the last reshuffle last January. My office will be announcing a new configuration of Cabinet this year.”

To understand Namalomba’s challenge look at this this quote from the said press statement that he authored on behalf of his party. “[Malawians had waited] for an era [where the President] would remove deadwoods in the Cabinet but the speech had no direction.”

Whereas President Chakwera was, in his address sharing the direction, Namalomba lacked the ability to grab that understanding. It conspicuously appears that Namalomba’s state of mind was not in sober position when attempting to listen to President Chakwera’s new year message.

The imminent cabinet reshuffle is a fulfilment of a promise of what he said on 25 October this year during the national address on the status of the Affordable Inputs Programme (AIP): “And speaking of Cabinet, I want to make it clear that I will be announcing other changes in due course, because time for keeping people as Ministers without any noticeable contribution or difference they are making to my efforts in delivering better public services to Malawi is past.”

Anyone with basic understanding capabilities would catch it that President Chakwera meant eliminating any dead wood in his cabinet portfolio. Perhaps Shadrick is better off seeking a second opinion from people like Chaponda before issuing statements on behalf of the sinking DPP, particularly on matters of national importance.