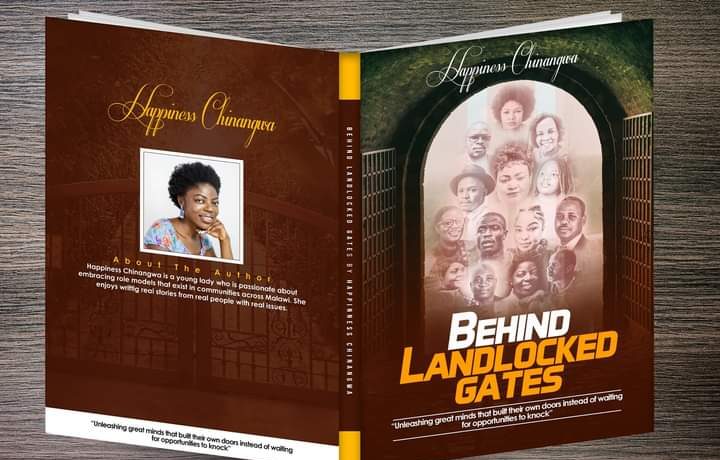 A book that focuses on motivating the youth and posterity has at the weekend been launched at Crown Hotel in Lilongwe.

The book titled ‘Behind the landlocked gates’ has been authored by one upcoming female writer, Happy Chinangwa.

Speaking in an interview, Chinangwa said she decided to come up with the manuscript so as to motivate the young generations never to give up in life for the current notable influencers started from scratch and today they are movers and shakers of their society.

“Through this book, I want to tell the readers that despite that we are disadvantaged as a country, there are still great minds within our borders that have done great things and whose stories can inspire someone and push them towards greatness,” said Chinangwa.

Chinangwa, who works for Forgotten Voices International as Area Impact Coordinator, added that it is the nature of her job, which involves traveling to hard to reach areas; where she meets hopeless young people, which pushed her to write the book.

She stressed that seeing youth in the rural settings reminds her that they might be equally ambitious just like the urbanites, only that fortunes have not favoured them; as they lack role models and resources to motivate them to push even harder.

Among other notable personalities mentioned in the book are politician Patrica Kaliati, who started humbly as a primary school teacher but is now a cabinet minister; musician Ben Mankhamba, formerly known as Ben Michael, who has risen through the ranks and file as a musician up to a point of becoming an influential community leader who impacts tremendously on the development of the country.

Chinangwa, who holds a bachelor’s degree in Humanities from Mzuzu University intends to write even more books which will focus on motivating and inspiring young Malawians to think big and beyond.