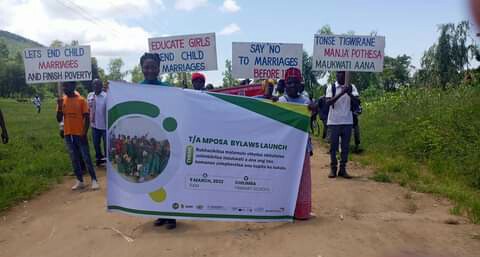 14-year-old Esnat James from Traditional Authority Mposa in Machinga district has big dreams of a better life for herself once she completes her education.

She is currently in standard 8, expecting to finish her primary education with secondary education now on the horizon.

Like many girls her age in Machinga district, Esnat’s path to fulfilling her dreams faces many challenges, most of which are cultural stereotypes that lead to girls being denied education and forced into early marriages.

But luckily enough, Esnat can now afford a smile after traditional leaders in her area in conjunction with different stakeholders on 5th March this year enacted deliberate bylaws to end child marriages with perpetrators facing heavy fines.

Leading the charge in the area is a youth led organization called Extra Mile Development Foundation (EMDEF) which is implementing a project in the area of TA Mposa on finding long lasting solutions to ending child marriages and supporting the survivors back to school.

According to EMDEF Executive Director, Towera Ngwira, the enacted bylaws will help end child marriages cases by penalizing those involved in influencing the problem and behaviours which lead to high school drop out of both girls and boys.

She said; “We successfully launched the community bylaws to protect both girl and boy child rights to education and health also helping to end Child marriages in our project site T/A Mposa, Machinga.

“We believe these bylaws will help reduce cases of school dropouts, early pregnancies and child marriages.”

Ngwira added that the bylaws were signed by all relevant authorities in the district which include magistrates, the Officer in Charge of Police, the Chief Education Officer and the District Council.

“We are so excited to have now launched the bylaws in the area,” she said.

Representing the District Commissioner at the launch of bylaws, the Director of Planning and Development at Machinga district Council, MacPherson Mwakhwawa said the initiative was good as the bylaws will help reduce cases of child marriages and school dropouts in the district.

“The laws should apply to community members regardless of their status like religion, economic status, relation with the chiefs, and we are very thankful to the organisations involved in this process,” said Mwakhwawa.

On his part, TA Mposa pledged to be in the fore front of enforcing the laws in the community and working hand in hand with different stakeholders like other chiefs, the police as well as child protection workers in penalizing those involved in influencing child marriages.

The launch of the bylaws in the area was conducted in partnership with World Vision, Tusinde Project, SAFE organization and other different stakeholders. 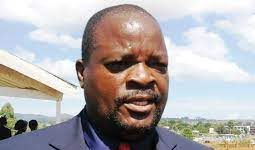