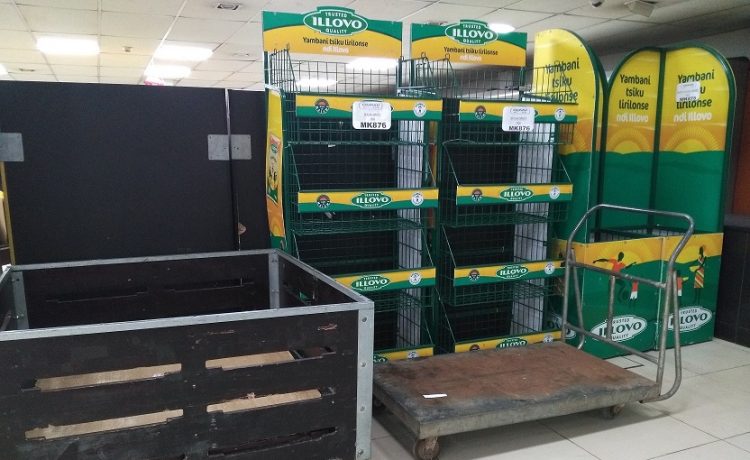 Empty shelves as Shops run out of sugar
0Share

Shop shelves across are reportedly running out of sugar after it was reported that Illovo Sugar Malawi had halted haulage of sugarcane due to insistent rains that have rendered some of the roads leading to its factory impassable.

Spot checks in some of the leading shops in the major cities and towns have revealed the gravity of the situation with empty shelves being seen in the majority of them while other unscrupulous traders have taken advantage of the situation by charging almost double the normal retail price.

Shire Times understands that the other competitor to Illovo Sugar on the local market, Salima Sugar does not currently have the capacity to fill the void.

But in a response to the situation, Illovo Sugar has today issued a statement that its fields have become less wet hence allowing for haulage to resume as well as full production and consequently normal supply to the market.

The statement further says some of the current shortages are man-made due to panic buying by consumers.

“It is also unfortunate that some traders have taken advantage of the situation to raise prices. We would like to assure the general public that we are doing everything possible to ensure that sugar availability returns to normal levels in the market as soon as possible and hence there is no need for panic buying,” reads part of the statement.

The company also says that it is common practice for cane haulage to be affected during the early part of the season due to wet fields but mitigating measures are in place to facilitate cane supply to the factory.

“Cane haulage usually resumes expeditiously as soon as excess water has drained off and it is safe for the haulage vehicles to access the fields.

“This is done as a safety measure to avoid vehicles being stuck in the fields. This, however, does not automatically signify a looming sugar shortage as the factory continues to produce sugar from the sugar cane already available in its factory yard. This is a common occurrence and is planned for on an annual basis,” said the company.