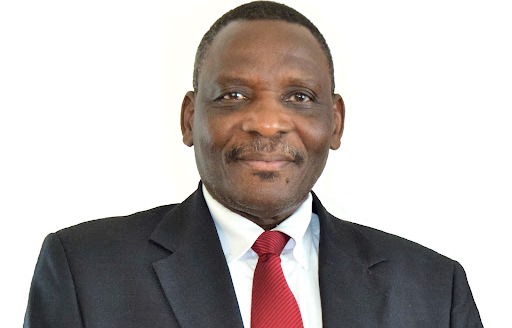 Edward Sawerengera, who was appointed diplomat to Washington DC on a 36-month contract that expired on 19th April 2018 and was recalled by the Lazarus Chakwera government, is, together with other diplomats, still resisting homecoming.

The Malawi Government had, through the Ministry of Foreign Affairs, given the diplomats December 31 2021 as the deadline to return to Malawi or risk their diplomatic status quashed. This was the latest attempt by the government to have the diplomats return home amid growing reports of resistance from most of them.

However, Sawerengera and the other recalled diplomats from New York and Washington in the United States (US) have obtained an injunction stopping the Malawi Government and its agents from recalling them.

“I can confirm that we have been sued,” she said

As Malawians are left with so many questions than answers as to why there is so much resistance and unnecessary delay for Sawelengera and others to return, Shire Times has found that it was well planned game between the diplomats and officials from the Ministry of Foreign Affairs as they are all beneficiaries of the past Democratic Progressive Party (DPP) regime.

The African Shipping Company & Logistics LLC, as domiciled at 323 Chambers Street in Trenton, billed an invoice (number 37841) to Aubrey Saiwala, the amount of which was US$30,680.

According to the invoice, this bill covered loading and offloading labour, trucking, shipping, inland transportation, documentation and clearance fees.

The Amefricargo Express LLC, domiciled at 252 Pennsylvania Avenue in Connecticut, billed an invoice (number 25800) to the said Aubrey, the amount of which was US$29,000.

According to their invoice, this bill covered labour for loading and off-loading, trucking, shipping, inland transportation, documentation and clearance fees.

This shipping company further indicated that “due to current worldwide freight situation that has been impacted by corona pandemic, there is possibility of delay of departure of vessels, which may lead to additional container storage fees/cost at the US port”.

Further, the company indicated that insurance cover (of 8%) was not included on the charge and that in the case of any insurance policy needed, this additional cost would be incurred by the client.

The Air Sea Land Shipping & Moving Inc, as domiciled at 405 Lexington Avenue in New York, billed an invoice (number 2020) to the said Aubrey Saiwala, the amount of which was US$25,000.

This company specified its services as follows: Ocean freight from New York to Lilongwe, provision of packing material and the packing of cargo at the client residence, trucking container to residence, loading packaged cargo to the container, loading the automobile and brazing, return of the container to terminal, US Customs clearance, documentation with shipping lines, Customs clearing at destination, transporting the cargo to residence in Lilongwe, unloading, unpacking, and placing cargo at residence, and removal of debris.

This invoice indicated that insurance would be valued at US$20,000 with a possible discount of US$500.

However, a  delay tactic was devised and implemented between Ministry of Foreign Affairs officials responsible for the implementation of the recall and the recalled diplomats.

The Government, through the Ministry of Foreign Affairs, started issuing recall letters to the Ambassador and all diplomats in New York and Washington on 3rd June 2020.

On 9th November 2020, the Principle Secretary in the Ministry of Foreign Affairs, Lucky Sikwese, sent yet another letter to Ambassador Sawelengera and the entire envoy, highlighting that the Government would meet all their repatriation costs and entitled allowances.

This, according to the letter by the Ministry, was a standard benefit for returning diplomats under Malawi Public Service Regulations (MPSR).

In the 9th November 2020 letter, the Government gave the recalled diplomats a three months’ notice to prepare for their journey back home.

However, on 4th March 2021 (over four months down the line), the Ministry of Foreign Affairs Principal Secretary sent a third letter stating that the repatriate would take place on 21st March 2021.

This date, too, came and went without the repatriation taking place.

The PS wrote, yet, another letter on 21st July 2021 informing the designated repatriates that arrangements for the repatriation to take place on 4th August 2021 were being made.

In this letter, the PS communicated that he had engaged services of a Malawian shipping agency called Universal Freight Solutions (UFS) to transport all personal belongings of the diplomas from USA to Malawi.

According to a communication between the UFS and the designated repatriates, which Shire Times has seen, the UFS sub-contracted a USA-based logistics company called ISL International Logistics Limited.

The UFS did not, however, explain why it lacked the capacity to execute the task by themselves.

Eventually, after the three months’ notice had expired well with a couple of months beyond, the PS issued another letter bearing a 7 days’ notice within which the designated returnees were to be repatriated.

They further argued that following the non-implementation of the notified repatriation, the diplomats renewed their tenancy contracts for their dwelling houses. They demanded the Government to give money to cover one-year rental fees to avoid breaching tenancy agreements.

However, a look into their tenancy agreement informs that the agreement could be terminated any time at least after 6 months from the date of its implementation.

Late last year, Sikwese wrote the diplomats, accusing them of delaying the ministry’s efforts to bring them back home.

In a letter he signed, Sikwese indicated that the ministry was serious with the intention of recalling some diplomats.

“Deducing from the demands which you have made on behalf of the other recalled diplomats at the mission and on your own behalf during the last two virtual meetings… it is clear that you are, indeed, obstructing the ministry’s efforts to have the recalls implemented,” the letter reads.

In the letter, Sikwese alleges that Sawerengera was demanding that personal effects of the recalled diplomats be loaded into containers and transported straight to the shipping vessel in readiness for departure for Malawi, and not to a warehouse, which Sikwese said was unreasonable.

“It is against the above background that the ministry has reluctantly been moved to give you and all the recalled diplomats a non-negotiable deadline of December 31 2021 to depart Washington DC for Malawi. The ministry will in this regard proceed to issue air tickets to you and the recalled diplomats, including respective entitled dependents,” he said.

But Shire Times has established that these shenanigans were choreographed between the officials at Ministry of Foreign Affairs and the designated returnees to the eventual benefit of the latter, who were deployed by the ousted Peter Mutharika regime in 2017.

Meanwhile, after realizing the games that were being played, the Principal Secretary and other senior Directors at the Ministry of Foreign Affairs have since been removed and re-deployed to other ministries and departments.

Shire Times understands that the PS has been re-deployed to the office of the Vice President.