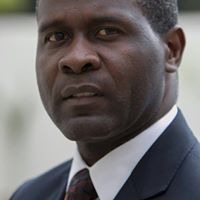 The country’s energy regulator, the Malawi Energy Regulatory Authority (MERA) has assured the general public not to panic with rumours making rounds on social media about the pending scarcity of fuel in the country.

According to a statement released on Thursday by MERA’s chief executive officer Henry Kachaje, the country has sufficient stock of fuel.

“The fuel distribution plan that has been affected by logistical and operational challenges is being restored. At the moment, 93 percent of fuel outlets have both diesel and Petrol. Supplies for the remaining seven percent are either being offloaded or are in transit locally for the outlets that placed orders,” reads part of the statement.

The statement further said that the fuel sector is an organized sector, yet it can be very delicate and always requires the cooperation of the stakeholders and the public. MERA acknowledges that now the greatest threat facing the sector is speculation and panic buying which can distort the sequencing of stock replenishments.

It reads: “Therefore, we would like to appeal to stakeholders and the public to desist from spreading speculative information, creating anxiety and panic buying. MERA will continue to update the public on the fuel supply situation in the country.”

MERA’s statement comes barely a day after social media was awash with reports that motorists in Mzuzu had started experiencing fuel shortages, making car users to queue for gas in pump stations.

However, in an interview, Consumers Association of Malawi (CAMA) executive director John Kapito has urged MERA to treat the issue with urgency, saying fuel in any country is the hub of economic activity and this requires MERA and its agencies to be transparent in its dealings to avoid creating the unnecessary panic and speculation.

“It is, therefore, wrong for MERA to attack consumers against speculating and panicking when the dealings and behaviors of the regulator and its agencies are not transparent and creating unnecessary panic especially at a time when MERA’s credibility and public opinion is low and lacking trust.

“We are appealing to MERA that instead of attacking and calling consumers unjustified names, it should stop the fears and further speculation and instead should just bring back normal supplies of the product to the market and explain why some parts of the country have no fuel,” he said.